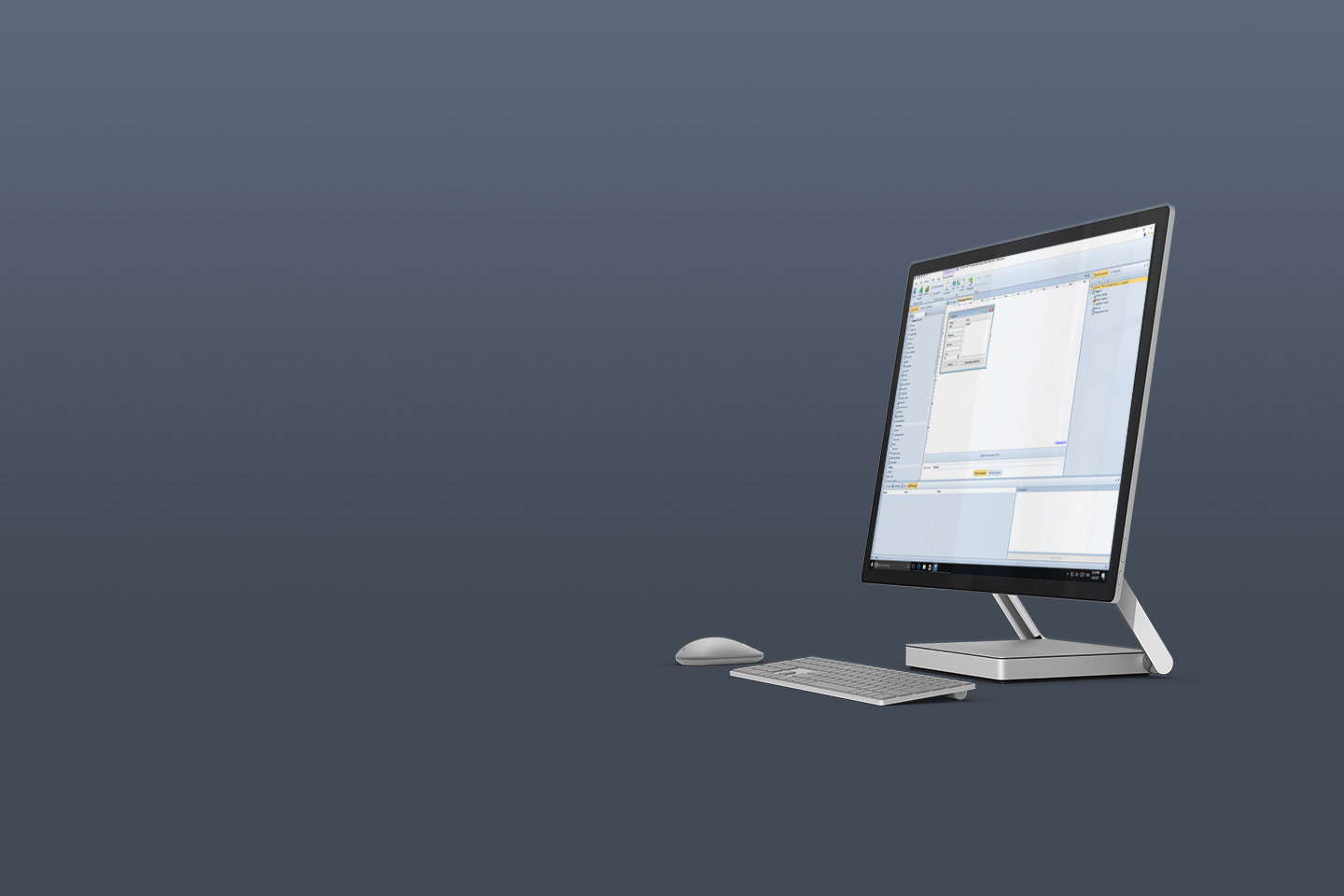 Who never dreamt of making a software,
without coding?

Started in 2007 when I was 14, SoftwareZator is an innovative tool designed to allow anyone to make its own Windows application without coding. With its simple and effective tools, you will be able to develop software in a few clicks and without any knowledge of software development and join a community of 300,000 worldwide users.

Since 2015, this project is stopped due to a lack of free time and the need to work on something different. SoftwareZator is not officially compatible with Windows 10.
An alternative to SoftwareZator to which I contributed and recommend is MakeCode, an educational tool designed by Microsoft to teach to children algorithm by making playful objects.

Discover how does it work.

SoftwareZator provides a set of tool designed to help you to make your own Windows application without coding, but programming. The video opposite demonstrate how to make a small application in a few minutes.

Creates the interface of your software or library entirely with the mouse through a system with drag/drop and resizing.

Allows you to create functions without programming. Add actions, enter the settings you want to assign to it, and now your function is ready for operation.

Provides the ability to customize your project by setting a variety of configurations.

A plugin system makes use of the possibilities of infinite actions, also, we can interpret this with endless opportunities for development and always without programming.

This tool provides the ability to download and or buy additional features for 2012 for SoftwareZator and develop with new actions and always with equal ease.

It is a tool that will allow you to create your own installer for your project, and without programming within some minutes. With this powerful authoring tool, it is easy to use Windows Installer.

Voice recognition will help you to realize your functions. Say exactly what you want to do, and SoftwareZator 2014 display solutions to your needs.

No one is perfect and you will surely happen to encounter build errors caused by mishandling. SoftwareZator 2014 can automatically correct these mistakes to save hours of research.

A debugger allows you to catch errors of execution of your projects and to consult an help about a specific error in order to correct them.

Microsoft SQL Server, Oracle MySQL and Microsoft Access makes it possible to use SQL databases locally or remotely in just a few clicks.

SoftwareZator 2014 makes it possible for software to print documents by creating your own layout in minutes.

Thanks to Krypton Toolkit, you'll be able to produce software with a design similar to Office 2007 and 2010, or use your own color palettes to customize your interface.

This feature allows you to create an FTP (File Tansfer Protocol), with the library VelerSoftware.FTPLib, to download and upload files to a remote FTP server.

If you are a student or professional and have additional knowledge in software development, you can export your project in Visual Basic.Net to Microsoft Visual Studio 2013.

SoftwareZator 2014 has many other functions just as powerful, it contains about 400 functions and plugins allowing you to develop software from A to Z with ease and without programming. 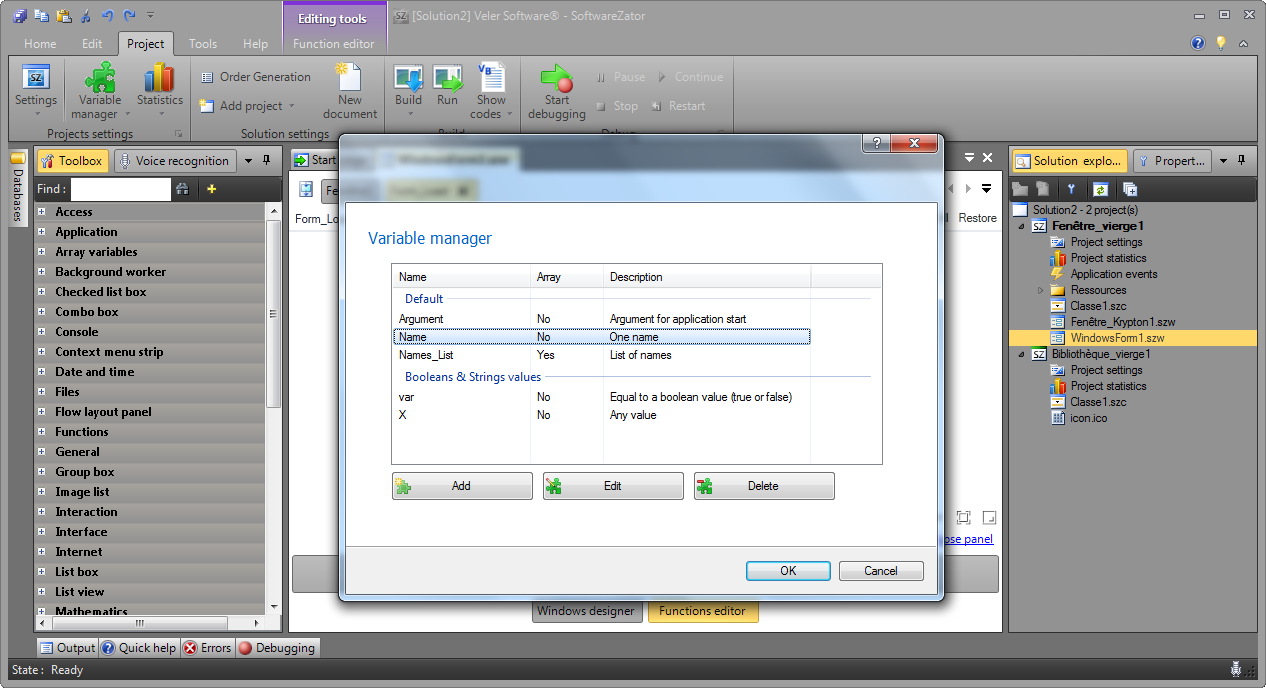 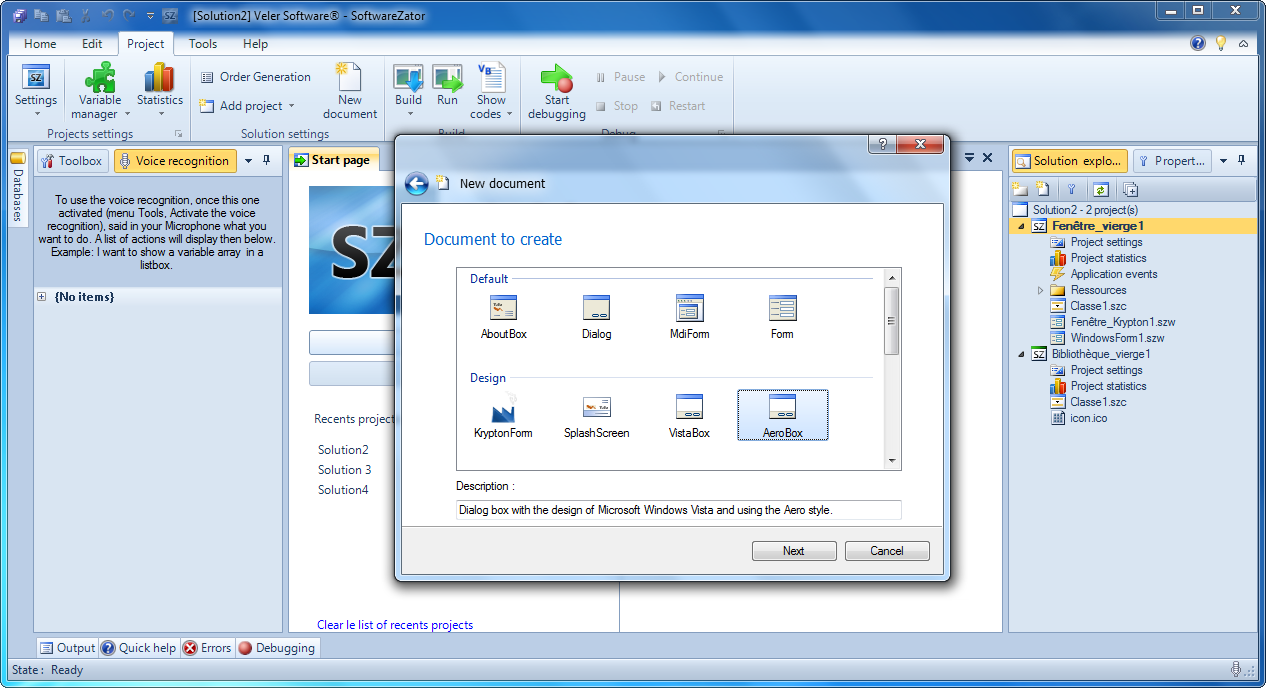 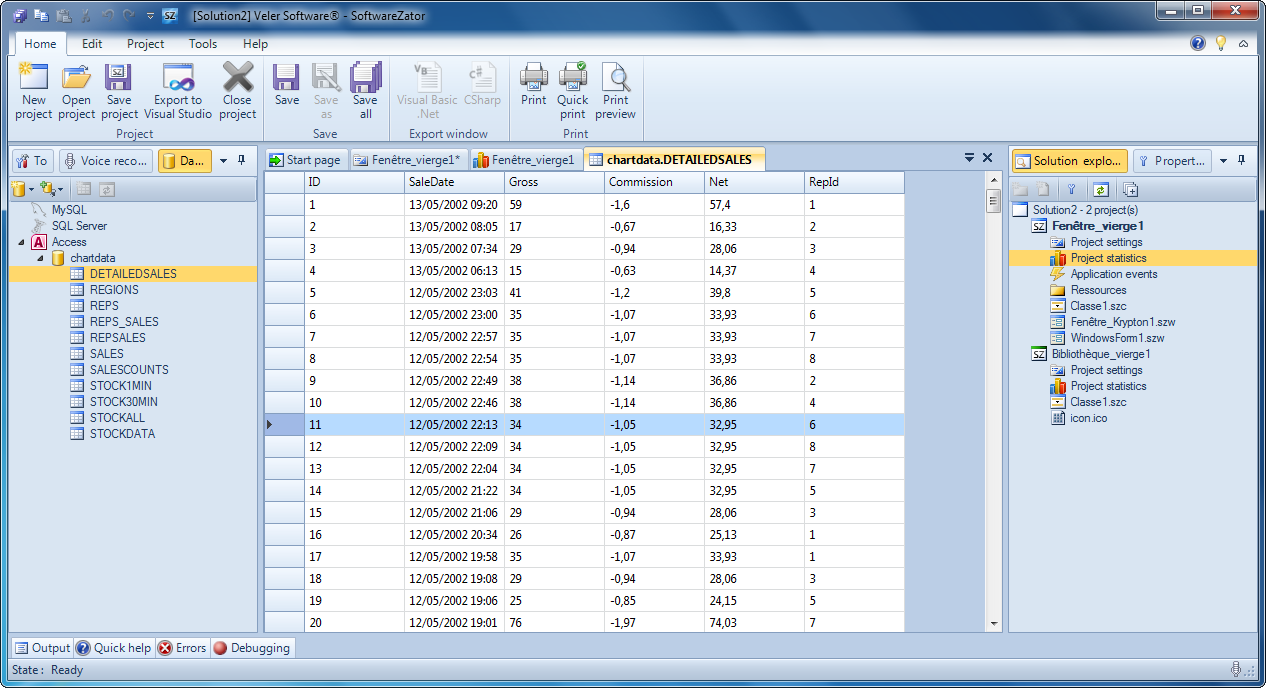 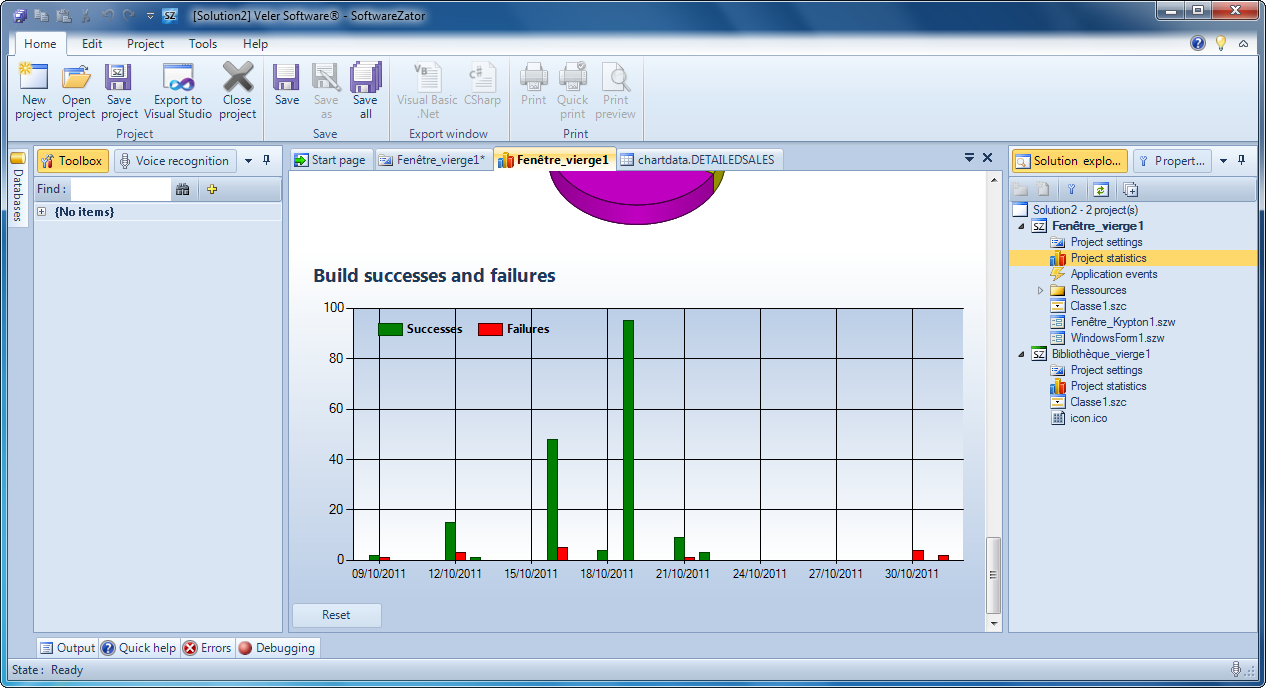 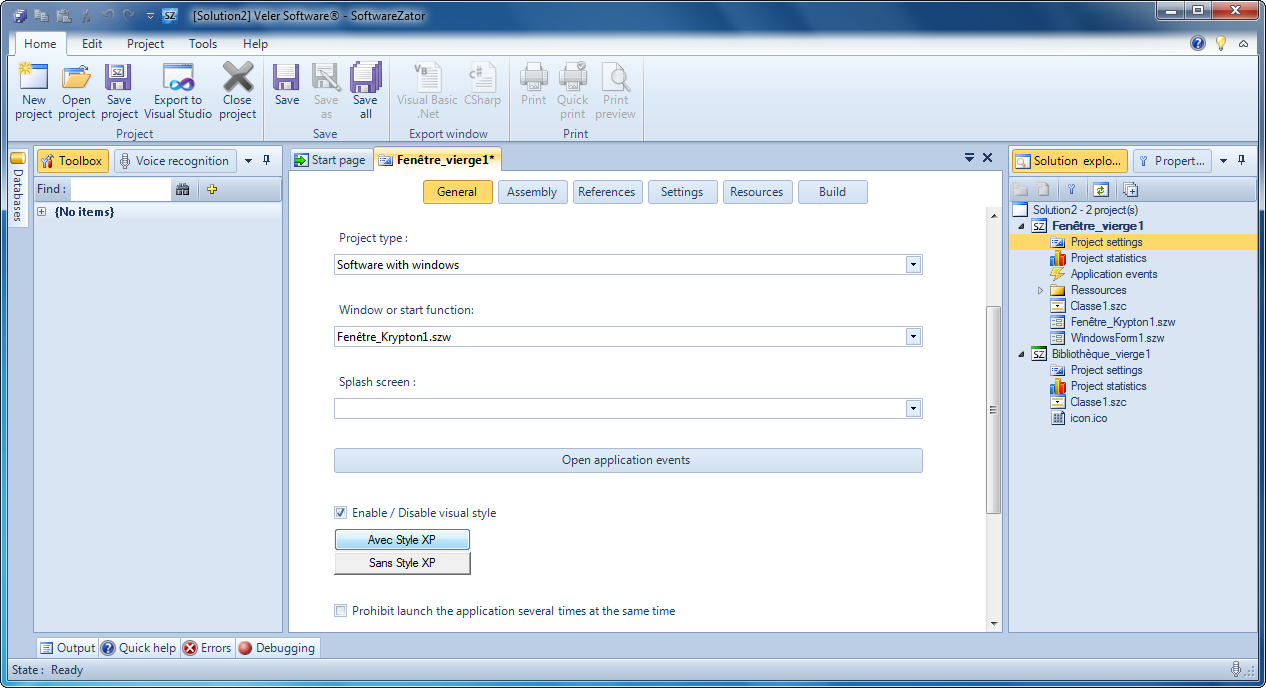 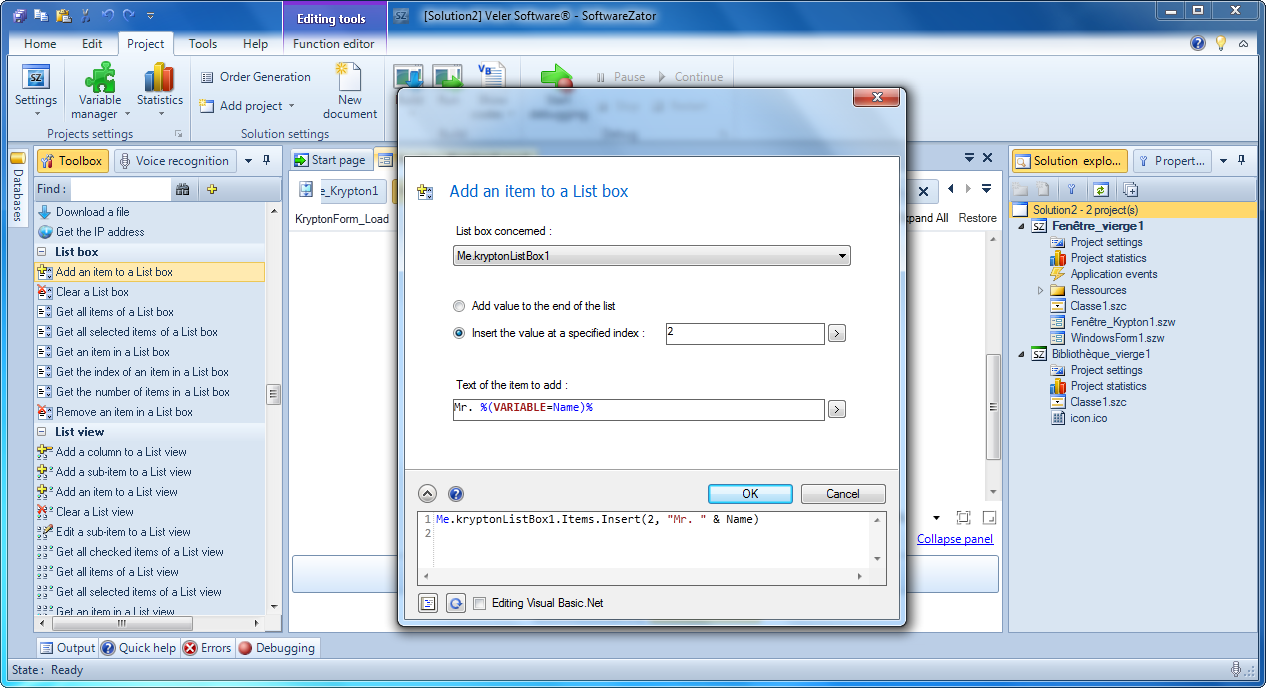 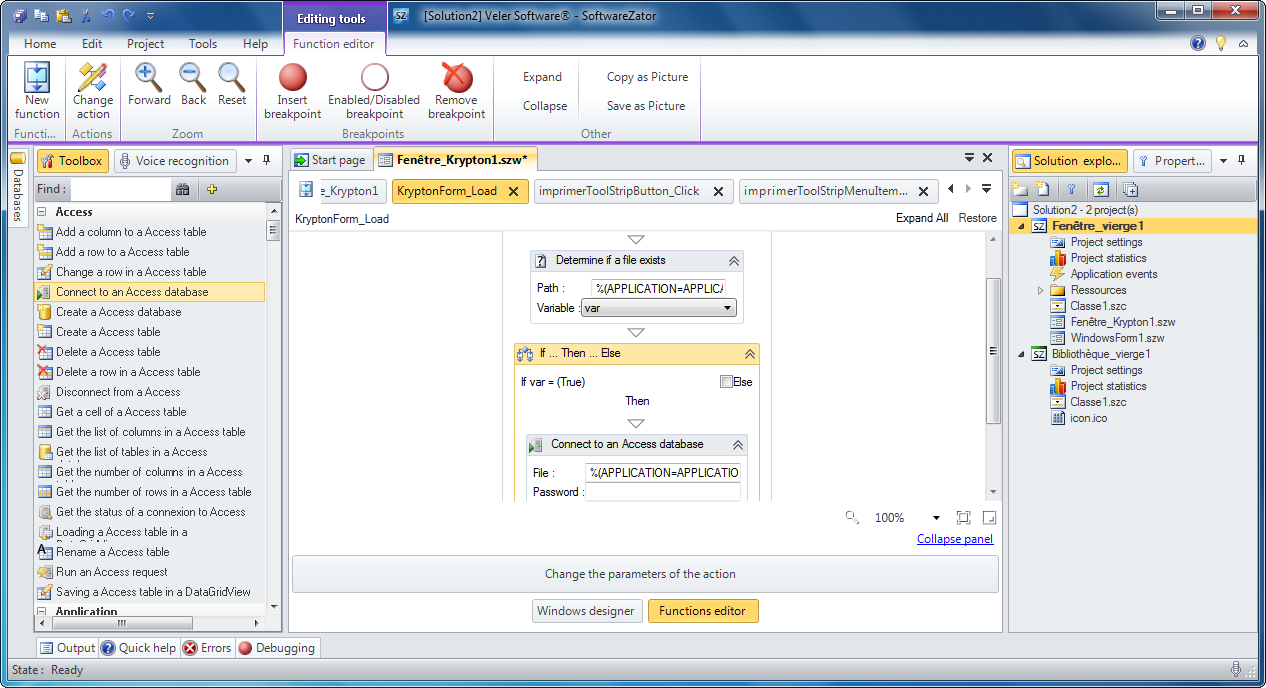 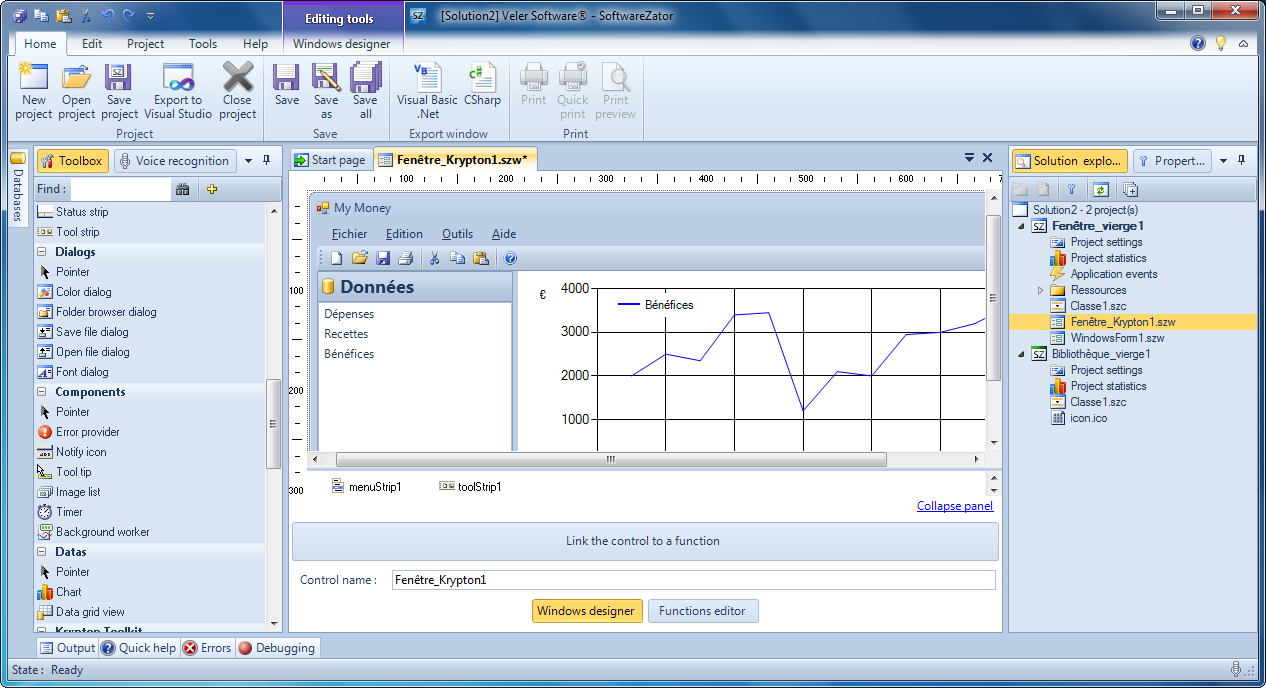 They support this project